The Governor of Sindh, Imran Ismail, has announced plans of hosting a Biryani Festival sometime in 2019. The dates are yet to be finalized but he has already promised to turn Biryani Festival into an annual Karachi tradition. The announcement was made following Ismail’s meeting with the Rice Exporters Association of Pakistan (REAP).

REAP requested the government’s support to kickstart the Biryani Festival, which they hope will positively impact rice exports. Ismail promised to make the necessary arrangements to ensure that the event is a success. The event will be hosted at the Governor’s House and will be treated as an international festival. 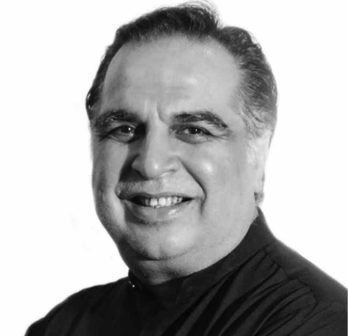 The Sindh Governor also said that the government will invite everyone to participate, from meat suppliers to masala manufacturers. He added that the biryani should be rich in spices and include aloos.

You can’t make this stuff up.

The Governor promised to increase rice exports from $2 billion to $4 billion. According to Ismail, the government wants to aid farmers, industrialists, and exporters. He referred to rice exporters as “the country’s breadwinners” and expressed his commitment to facilitating them in all possible respects.

Bound to be a Success:

Several food festivals have been organized in Pakistan over the last few years, Lahore Eat and Coca Cola Food Festival are two such festivals which have evolved into yearly traditions and enjoy massive turnouts. The Biryani Festival this will be the first government-backed food festival and therefore ought to be a massive success if the government delivers as promised.

There’s no denying how obsessed us Pakistanis are with biryani and Karachi is considered the true patron of this dish. As long as the spice is right and the aloos are plentiful, we expect this festival to be a roaring success.

We’re hoping that the Punjab Governor takes note of this initiative and considers hosting an international Nihari Festival in Lahore in a similar vein. In fact, we’ll probably start a petition soon and we’re counting on your support for our noble cause.