Bibi Pak Daman: A Life of its Own

My experience studying Punjabi Sufi poets who had a deep impact on the lives of present day Muslims introduced me to the world of Sufism.  I was in awe of Sufi saints like Data Ganjh Baksh, Sultan Bahu, Madhu lal Hussain, and others, who had sacrificed their entire lives, just to chant “Allah hu” with the utmost devotion. I had to acquaint myself with mystic environments. And so, I decided to visit all the shrines in my city and embark on a journey that eventually left me wanting more. Pakistan is home to a number of revered shrines. You will find them in every city; either crunched between tall buildings or hidden in a maze of small alleys and streets. Yet, devotees easily find their way to these religious sites. Bibi Pak Daman is no different.

The divine culture of Sufism is woven into the very fabric of Lahore and the city if filled with shrines built for the aggrandizement of Sufi saints. Our writer sets out to explore one such, albeit lesser known, shrine. 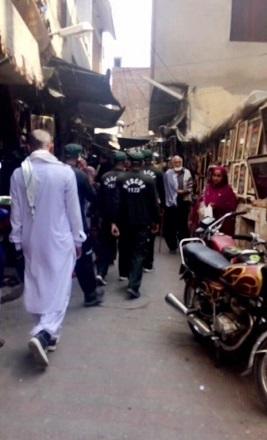 Lahore is home to several shrines, some of which have great historical narratives associated with them. My first stop was Bibi Pak Daman – a shrine, surrounded by many controversial theories, but brimming with devotees.

Somewhere between Garhi Shahu and the railway station was my destination. Even if Google Maps gave up on me, I was sure that someone would guide me to the shrine anyway, considering its popularity. So as I drove on Empress road, a barrier to my right with a stationary guard caught my attention. I was told that this was the initial entrance to the shrine. A half-kilometer drive, post barrier, led to narrower streets, and then came another barrier- and more guards. By this time I could not wait to experience what was being guarded so efficiently. In the designated parking area, I tried to fit my Terios Kid in between a bike and a Land Cruiser.

A separate walk- through metal detector door was placed for males and females to enter the site. I passed through it and was immediately greeted by a lady who forcefully tried to tie a black thread on my wrist. I politely refused. I later researched and found out that the black thread, apparently, averts the evil eye.

I was now walking through a narrow alley that was full of devotees moving forward towards the shrine and many returning from it. Under their breaths, everyone was chanting some verses from the Holy Quran.  The street was lined with small brightly lit shops on both sides. Glass bangles were arranged with those made of steel, earthen pots and small oil lamps were in abundance, green chaddars scripted with Allah and Rasool hung across these stalls and religious textbooks catered to all types of visitors.  I also came across some unusually dressed devotees or rather Malangs – long beards, kohl-smeared eyes and a green kameez made them distinct from everyone else.  What caught my attention; however, were shiny yellow colored ladoos that were being bought by almost everyone. I did not know why, until I finally entered the shrine. 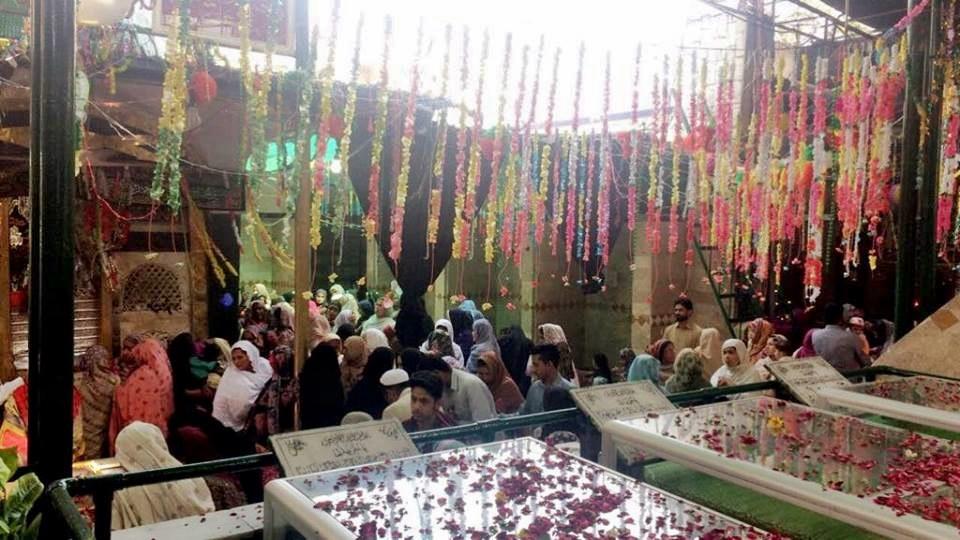 As I stepped inside the first part of the shrine, I was immediately asked to remove my shoes and set them aside. As I took off my sneakers, I looked around to see many devotees sitting on the ground casually. It gave me an impression that they had been residing there for quite some time. I then moved outside this compound to step into the courtyard, the main part of the site. An area for ablution, thick, shady trees and the sound of beautifully sung naat by a clique beating their chests, were the first things that caught my eye.

Hundreds of people blocked my view. Many were walking shoulder to shoulder, while others were sitting on the steps and praying. Some were resting under the ancient, sacred Waan tree, and tying prayer/mannat threads around its trunk. The atmosphere was captivating. The religious chants by a group of disciples, imperceptible duas of people near me, inaudible chest thumping by the audience and the aroma of rose petals soothed my senses. 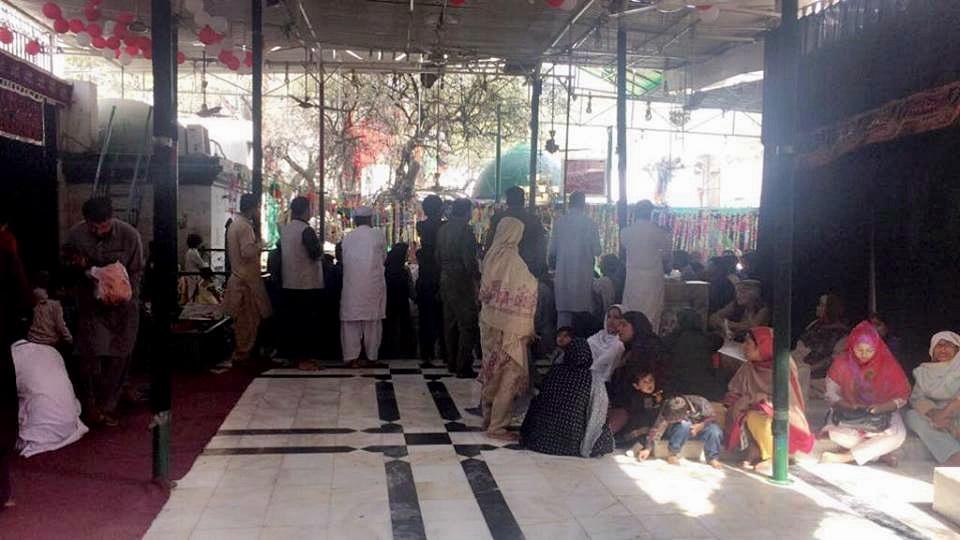 Pushing myself through the crowd, I tried to have a closer look at the graves of the female saints. As per the prevalent claim, the main mausoleum belonged to Hazrat Ali’s daughter, Bibi Ruqayyah bint Ali. Her grave, along with that of two others was maintained inside an enclosed space, relatively above the ground level. Everyone was trying to have a peek inside the tomb, touch its walls and lay their foreheads on it. I saw burqa clad women, young mothers, aunties in sarees, bearded men, clean shaved boys, relatively class conscious devotees and children, all becoming a part of this miraculous gathering. Exactly opposite to Hazrat Ruqayyah’s grave, were those of three other women. These were confined in huge glass boxes covered with rose petals and marigold flowers. 6 spiritual figures- from the family of the Holy Prophet (PBUH), who conducted missionary activities and played a huge role in bringing Islam to this part of the world. 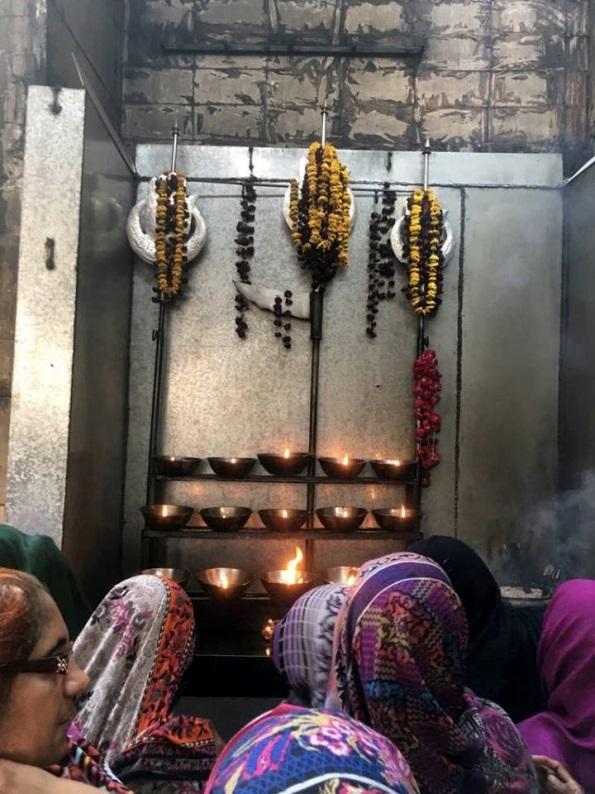 In the hurly burly of the atmosphere, I observed three widely practiced rituals. 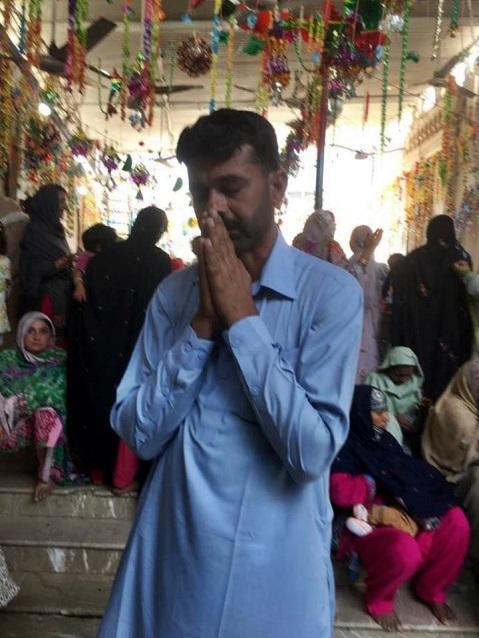 It is widely believed that visiting Bibi Pak Daman is a regular feature in the lives of most individuals belonging to the Shia community. However, this sacred space transcends all boundaries of sect and class. Sunnis are also equally involved in the urs proceedings which take place in the Islamic month of Jamat-us-Sani, and women and men from all walks of life visit it. 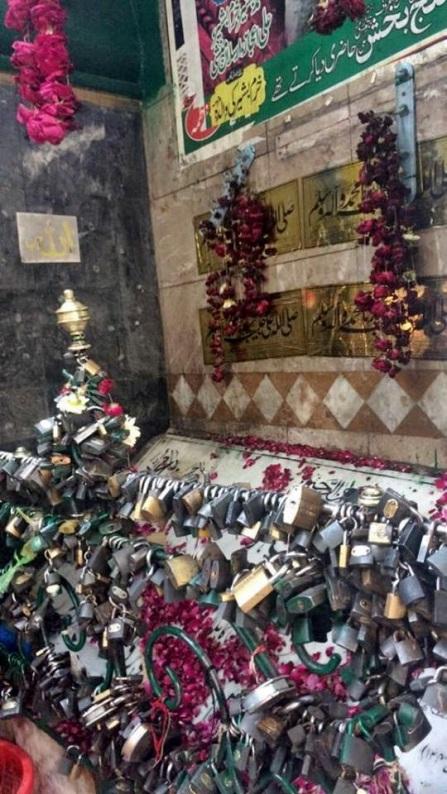 While controversial claims still exist about these female saints, their names and their arrival in Lahore, Bibi Pak Daman has become a symbol of hope, and unity. As I wore my shoes again to exit the shrine, I took one last look at the place that houses syncretic traditions, encourages soul searching and compels you to visit again.