Too many cooks spoil the broth. But what about too many cooks, jewelers, clothing manufacturers, medical experts, fruit vendors and e-device sellers? Confused, right? That’s Barkat Market for you, the center-stage for Garden Townees. The commercial complex is like seeing my unresolved psychological baggage in its physical manifestation.

The writer experienced an eventful Careem ride which translated to a hyper-imaginative exploration of Barkat Market in Garden Town. He saw a bit of himself in this commercial area’s layout, and then some things he would rather not have seen. 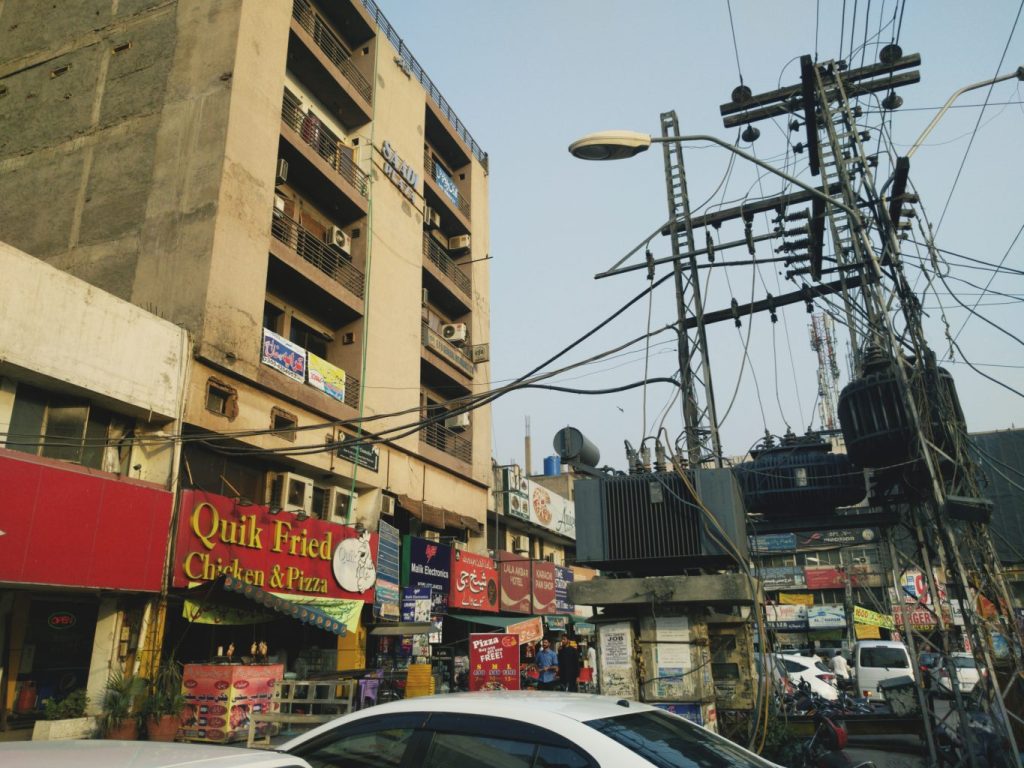 When I visited it for the first time, Barkat Market was colorful to say the least. Upon entry, I found multiple eating outlets (Karachi Biryani being my favorite, although stay wary of the second one further down the line; that’s no good). This sight is compounded by fruit stalls right outside these ‘eateries’, further layered by makeshift seating and, the cherry on top; randomly parked cars / motorcycles (the latter being more organized on their stations).

Now imagine this sight, but this time crisscrossed by countless electricity and telephone wires going from one pole to another, as countless and inseparable as Bistiks from coffee. Oh and stray animals dodging past potential threats on ground. And waiters running to you like bees to a beehive (or me towards anyone who pampers me). Just a finishing touch. 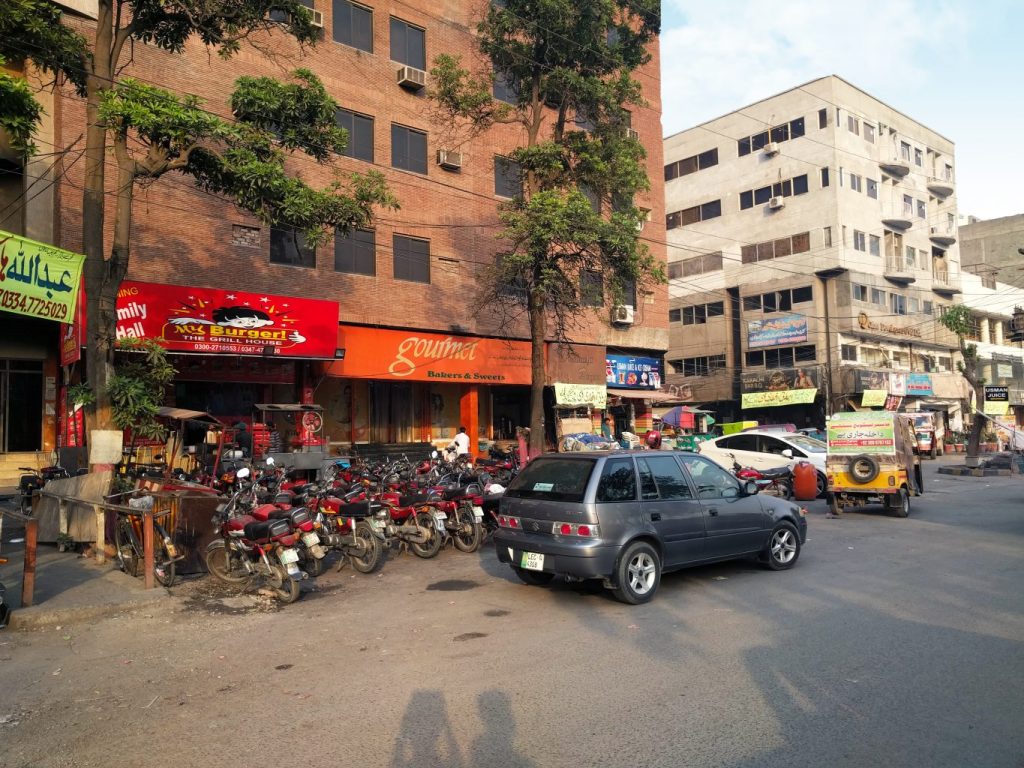 This isn’t even the best past. As you continue your journey into a vibrant clutter, there’s even more surrealism (Dali, you missed out on the perfect muse). Shops selling mobile phones and other electronics that I did not even bother stopping at (something I recalled later: I once bought an internet USB from one of these shops). And then… jewelers. I could not keep count of all the random AF jewelry stores, but there certainly were several.

And there was Dr. Rathore, a dentist. A small shop for photo-shoots and passport-sized pictures. A Jazz office. A BATA outlet. A basement stairway leading to a shady medical center. A pharmacy. Abandoned and run down spaces on the second floor of all these shops. Yes, I won’t blame you if you have vertigo after reading this. I’m feeling borderline nauseous telling you all of this. 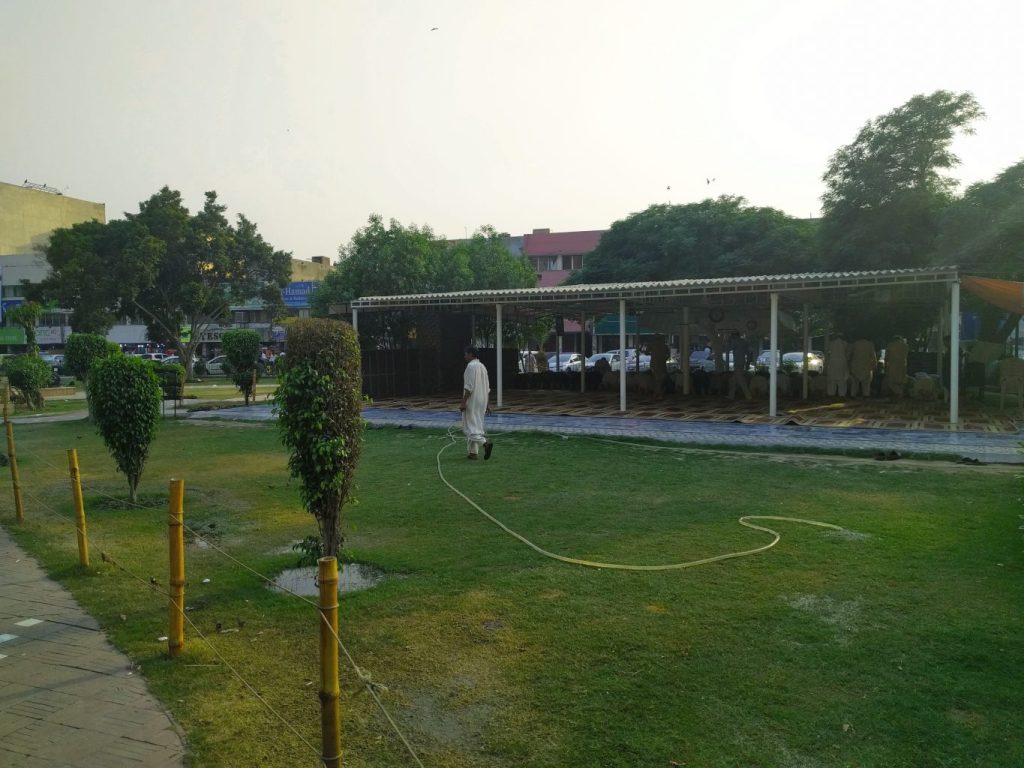 And just when you think you’re done – just when you think it – you see this random strip of park in the middle of all the chaos: a paved path stoned in between patches of grass and trees. And and and (yes, there is still more)… a portion of this park is dedicated to a small shed meant for anyone and everyone to say their prayers in congregation.

Umm, what? Is that to make Barkat Market literally a place for barkat?

Take a breather. Seriously, do that before you move forward. Because there’s just one teency weency detail left.

I was going through this, uh, experience on a Careem car. Which isn’t a bad thing. Except he made me stop so that he could get a plate of biryani from Karachi Biryani while complaining about how female passengers nag at him way more than male customers do.

By the time I got home, I realized my personal baggage was, honestly, way simpler to navigate in therapy sessions. I had to call my therapist to resume my sessions for another year. Okay no, that’s plain exaggeration. But yes, a one-star rating served him well for making me hear things I did not want to hear.