Bait Al Mandi: A Case for Rice Instead of Roti

Despite my Kashmiri blood, the sight of red meat makes me run for cover. But man oh man, I love rice. It’s infinitely better than roti (fight me). But this is not a love-letter to rice, though I’ll save that for later. It is my experience of this fancy new restaurant at the edge of Johar Town called Bait Al Mandi.

If anyone knows anything about Arab cuisine, they know about mandi. Made with a variety of meats, it’s a rice-based dish which requires a long cooking process. As a Pakistani who’s never been to an Arab country, I was understandably unenthused when asked to drive forty minutes away to Bait Al Mandi. Actually, I parked my car in Y Block (DHA) and refused to budge.

But my protestations were not entertained; after many near-death experiences on Ferozepur Road, we ended up at Bait Al Mandi. There was a picturesque clock tower opposite the restaurant, and I was told that was the campus of University of Central Punjab. Pretty, but not enough to lighten my mood. 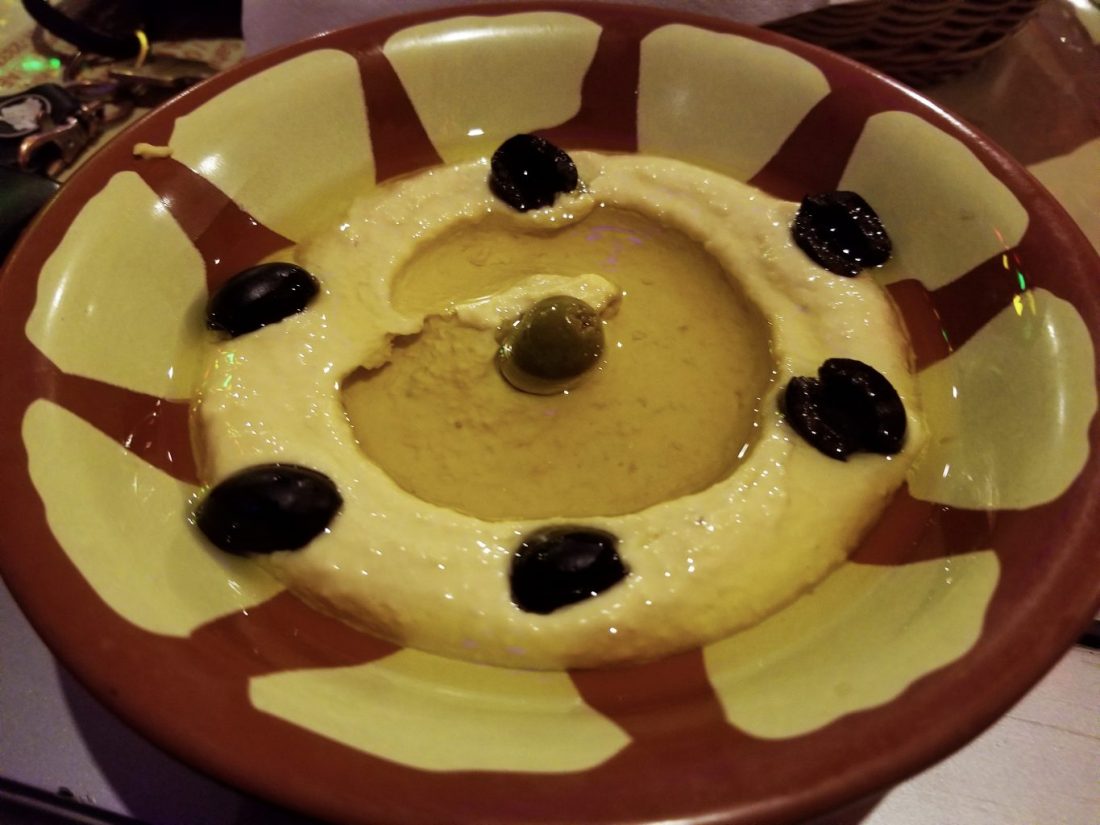 The restaurant was almost invisible in the dead of the night. I could make out the neon-red sign, sure, but other than that we could’ve easily passed it by. The road, Khayaban-e-Jinnah, was under some aggressive construction; service roads were shot to hell and u-turns were not an option.

Luckily, we had to look for neither. A helpful valet parked our car and we were immediately ushered in. From the inside, it was quite decent. On our left were semi-enclosed rooms with floor seating; towards our right, there were the usual tables and chairs. We went for the latter.

Once seated, however, I had this unnerving feeling that Bait Al Mandi wasn’t completely operational yet. Don’t get me wrong, there were plenty of diners and ostentatiously-attired waitstaff. But the tables were covered with plastic wrapping similar to the color of duct-tape and the restaurant’s logo was sequentially printed on it. Strange.

I let it slide. Their menu was a work of art, much like those all-out wedding invitations that have to be hand delivered rather than sent through the mail. It was carved out of wood, with the inner pages printed on card paper. Within it were select options of a variety of barbecue dishes and some lamb-stock based clear soups. Then, there was a section dedicated to their star attraction: mandi (my jam). 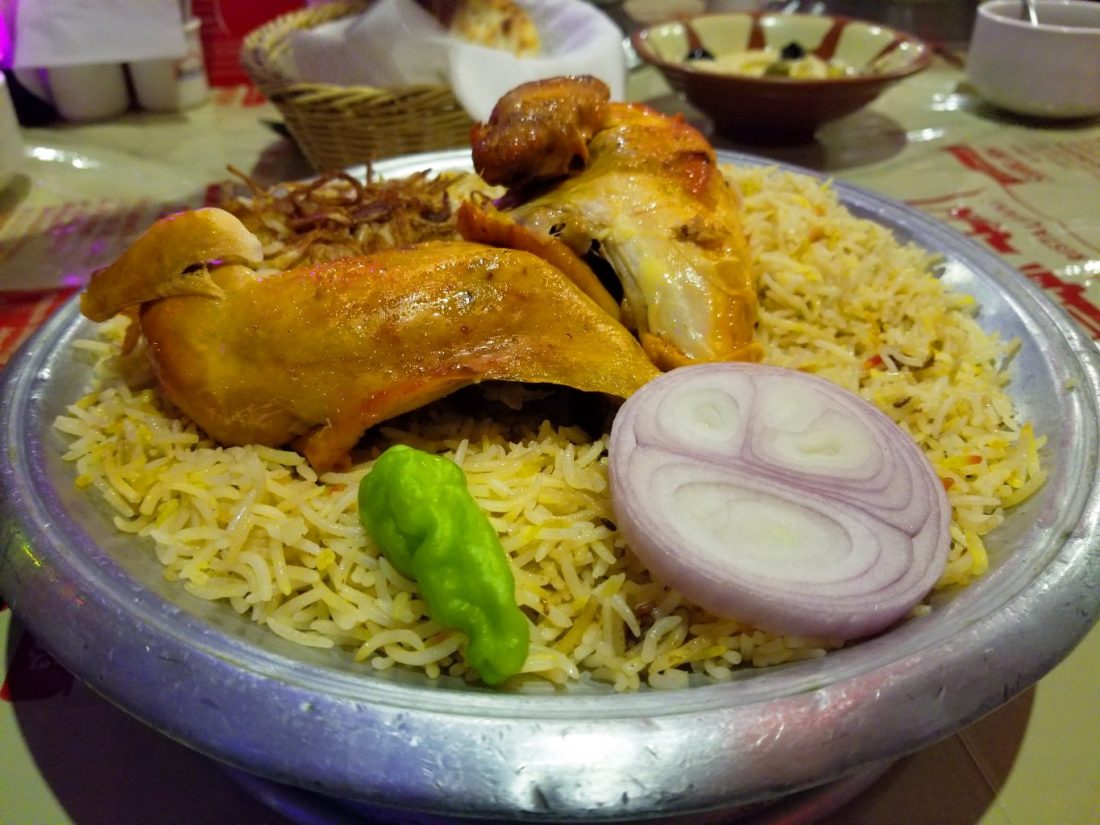 We ordered two chicken mandis, one lamb mandi and a dish of hummus. Despite our waiter’s insistence that these were individual servings – and far too little for our party of four – we didn’t order anything else. Suck it, Mister Waiter.

We were served complimentary mutton yakhni (stock) in the beginning, which I gladly opted out of. While our table was halfway through the yakhni, our hummus was served. Its pita was airy and crispy. The hummus itself was a wonderful, well-textured paste with plentiful olive oil to soak our pita in. I was already starting to feel better.

The mandi was a game changer.The minute it arrived, I was sold. A large metallic dish, set over a small burner, was laden with long-grain rice, half a chicken, caramelized onions and a grilled green chili. Arab food is often considered bland for the desi palette but there was no fear of that here. The chicken was flavorful and the crispiness of its skin evident of a low-flamed cooking process.

I was told that the lamb variant wasn’t as great, but that just made me feel better. I gleefully relished on my chicken while the rest of the table alternated between lamb and chicken mandi. It’s been a while since a restaurant’s chicken stood out over other meat varieties (discounting Nando’s and KFC). 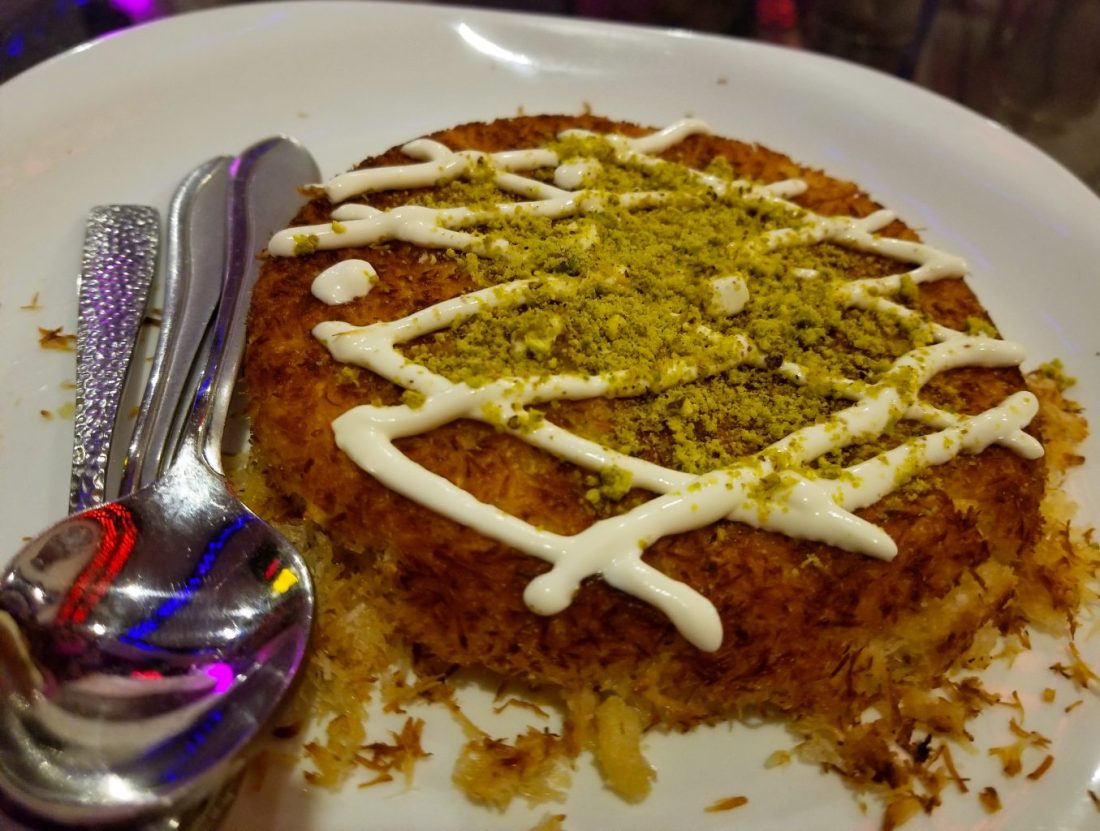 This was the first time I’d had mandi. But it certainly won’t be the last. I loved the ritual of lining just enough chili with brown onions, chicken and then rice to create each bite. And then you have three different condiments to choose from. If you’re into condiments, you should be into mandi.