Easily one of the most well-known areas in Karachi, Bahadurabad comes with a massive variety of food places, shops, and malls. Basically, you can find everything under the sun here. The area is always crowded to the point that you’re likely to find it bustling even at 3 am.

Bahadurabad is most famous for its central landmark, the Chaar Minaar Chowrangi. The monument forms the center of Bahadurabad and can be sighted from all four corners of the locale. In each direction, there is a collection of different kinds of shops forming functional cloisters. The Tariq Road area, for example, comprises of clothing brands such as Cambridge, Outfitters, Stone Age, etc. Bahadurabad is also home to famous destinations such as Kurtuba Market and Raju Ice Cream. 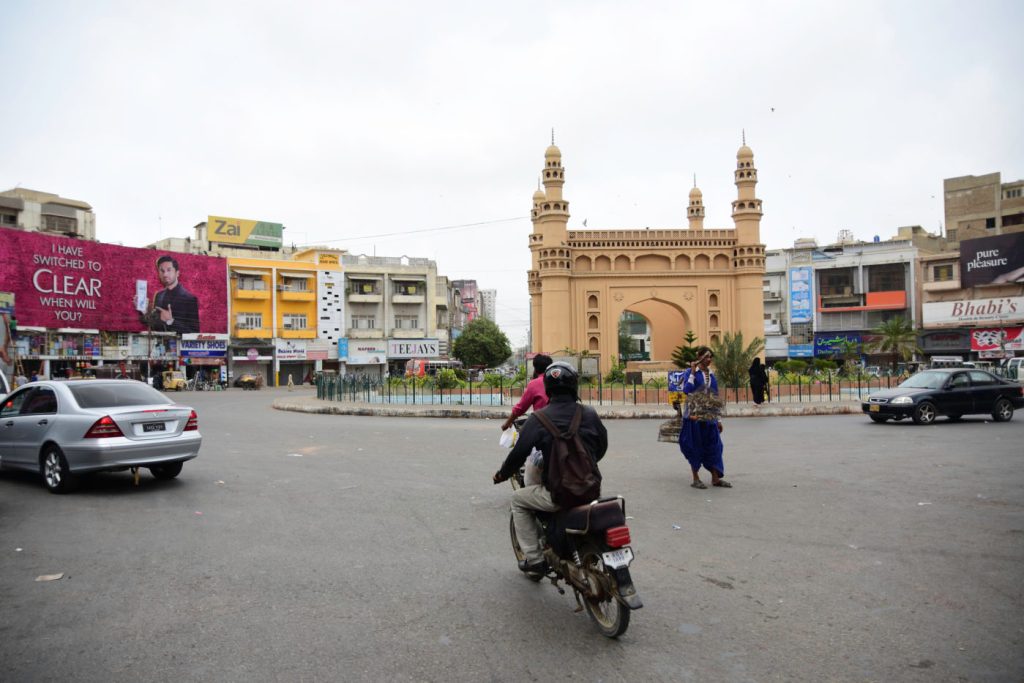 On the other end of Bahadurabad, you’ll find Dawood Public School and the National Stadium Road. The Aga Khan Hospital and Liaquat National Hospital are also located nearby. There are some photo studios on this road as well, along with the office of Saylani Welfare.

On the same road is a market with multiple toy shops and children’s clothes shops. I grew up in the area and some of my earliest memories include visiting the Sinbad ‘Fun n’ Play’; as a teenager, I started frequenting the various gaming zones here. There are two small parks in the area as well, one of which also has a skating arena.

In the direction going towards Jail Chowrangi, there is the famous nashta gali (breakfast lane) and I visit it quite often because Tooso Nashta is located there. The lane doubles as a tech haven, with many small mobile and laptop shops dotted between street food vendors.

Towards the opposite side of Jail Chowrangi is the famous Alamgir area, home to Quetta Alamgir Hotel, Malik Nihari, Zameer Ansari, and so on. A bit further up is the famous Kokan Park, which has a cricket pitch and a jogging track which is monopolized by elderly women.

Bahadurabad consists of several superstores as well, such as the old Imtiaz, the Naheed Superstore, Spar, Family Supermarket, as well as many smaller general stores. The area also has bakeries such as Pie in the Sky, Khalid Bakery, United King, all in a row.

Hence, despite initially being a residential area, Bahadurabad is now a hub of commercial activity. Although, for those living in the DHA/Clifton area, Bahadurabad might seem rather far away it is actually one of the most accessible vicinities within Karachi. The fact that it has so much to offer makes it a major attraction for anyone visiting the city.