Tea Stalls in Anarkali to be Reckoned With

Noor, a self-proclaimed tea junkie, samples tea from some of the most renowned tea stalls on Anarkali’s food street. Here are his top picks. 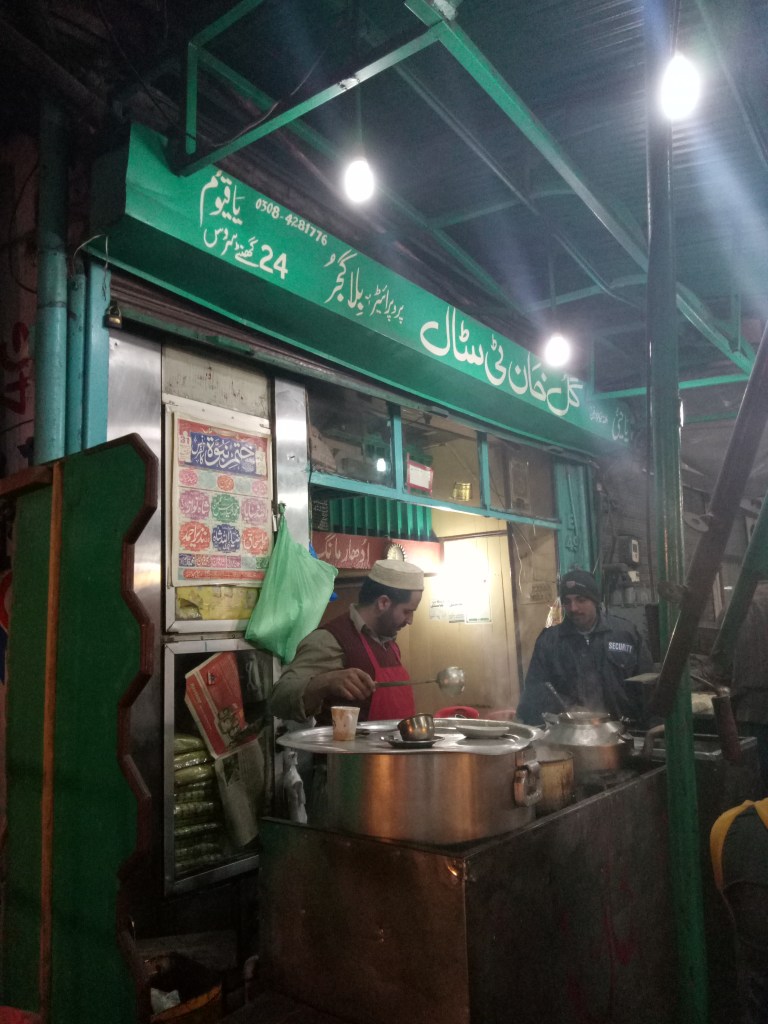 As one enters Anarkali food street from the Mall roadside, there comes a one-room tea stall, which is thronged by shopkeepers, workers, policemen, and students all the time. I visited it first four years before. I was new to Lahore then. The tea they make maintains a fine balance between sugar and tea leaves. What makes their tea different and special is the leaves they use. Unlike other fancy cafes that use tea bags, this tea stall uses its own special leaves to cook and brew tea which one cannot forget soon. 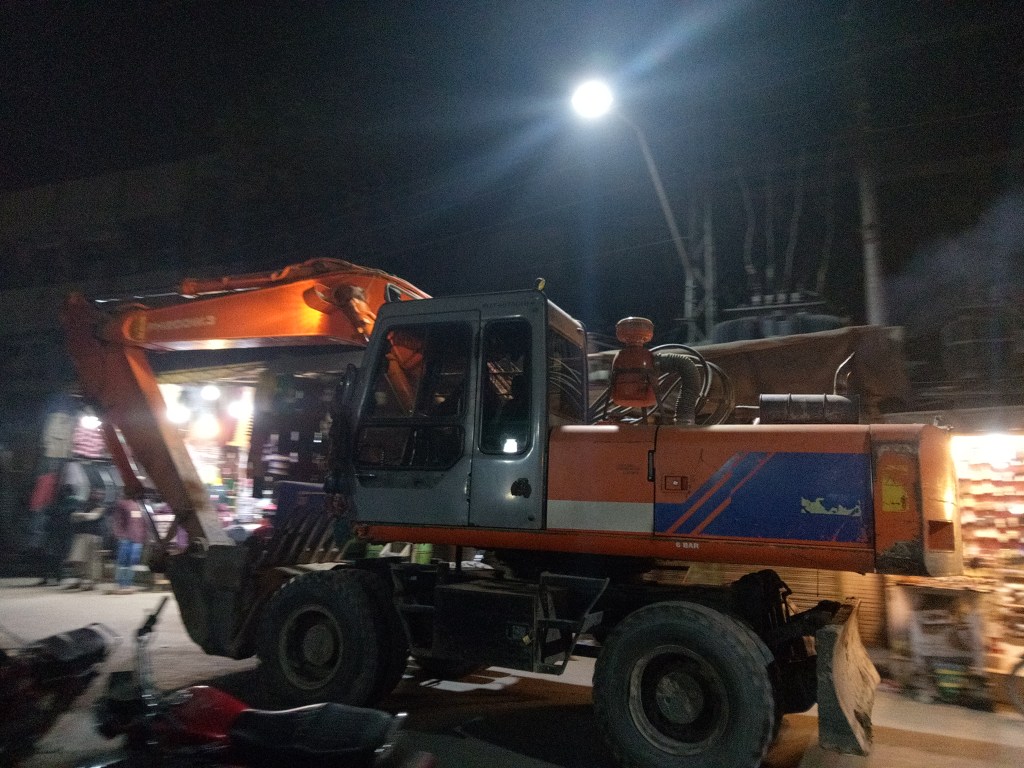 I went there after midnight, when I got tired of reading Hemingway. I sat on a wooden bench outside and waited for my tea. Some of the nearby shopkeepers had gathered for tea after closing their businesses. They talked, joked and laughed boisterously. Close by, a channa chaat cart played the classical song Tum Ik Gorakh Dhanda Ho (You are a Baffling Mystery) by Nusrat Fateh Ali Khan. The ambiance was unmatched: with its yellow lights and music dissolving into the teacup, enhancing  and I savored them together. At that very moment, an excavator resembling an orange ghost passed me by. 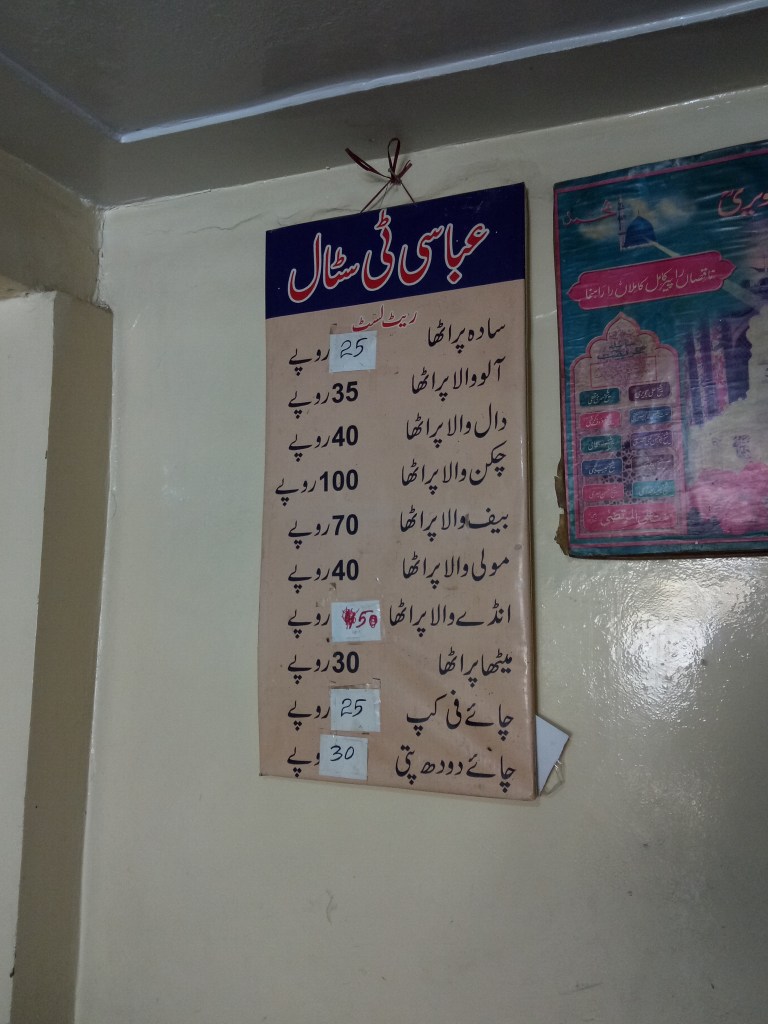 If my opinion is worth anything, the parathas of Abbasi are more delicious than their tea. but that doesn’t mean their tea is bad in any way. Simply not too great. I went there in the morning – after having had my breakfast – and ordered a Doodh pati (black tea leaves cooked in milk). While I sat on the second floor terrace, I could see people moving about and working on their shops in the street. Far above, on the top of the opposite building, I saw a revolving chair placed on the brink. At night, it feels good to sit on this terrace because darkness hides the dirt and mire of Anarkali’s cramped up food street. Students from nearby universities spend hours in this space, near the tea stalls, talking about everything under the sun. I sipped my doodh patti tea, which happened to be rich in milk but slightly low in patti (tea leaves). Pity. But not half bad. 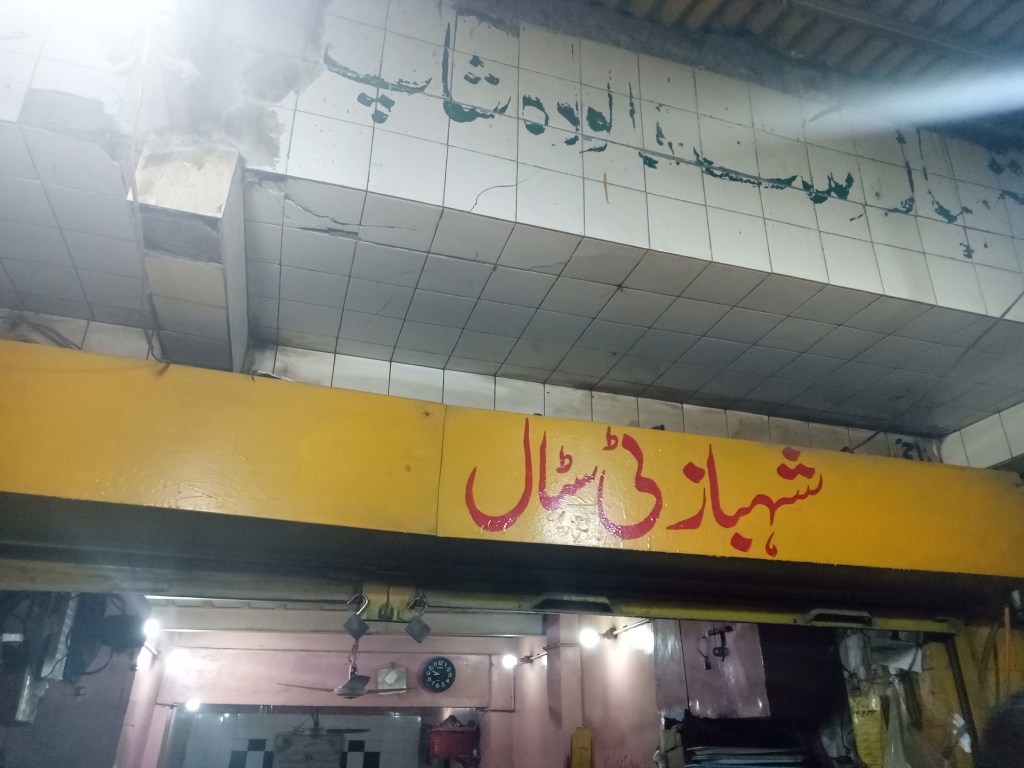 Situated on Nabha Road close to the police station in Anarkali, Shahbaz Tea Stalls serves the best tea in Anarkali. Although Gul Khan and Abbasi are really good, Shahbaz is the best because milk is a major driving force in their tea. Again, the tea-stalls adjusted in one room but at night, sometimes, it allows its visitors to sit on the side of the road. There is nothing fancy or colorful about the structure of their café but the tea they serve has you hooked with the first sip. When I went there in the evening, all of the tables were occupied by tired and dosing people who had left work for the day. The waiter brought me a doodh pati as per my order. As always, I let the tea stalls tea settle in. After a while, the granular bubbles changed into little brown craters, resembling the moon high above. I sipped it after that and enjoyed it to the last drop. 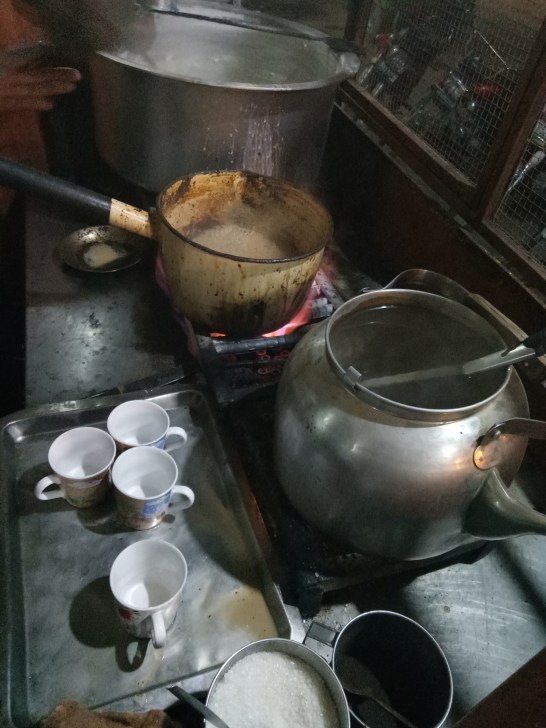 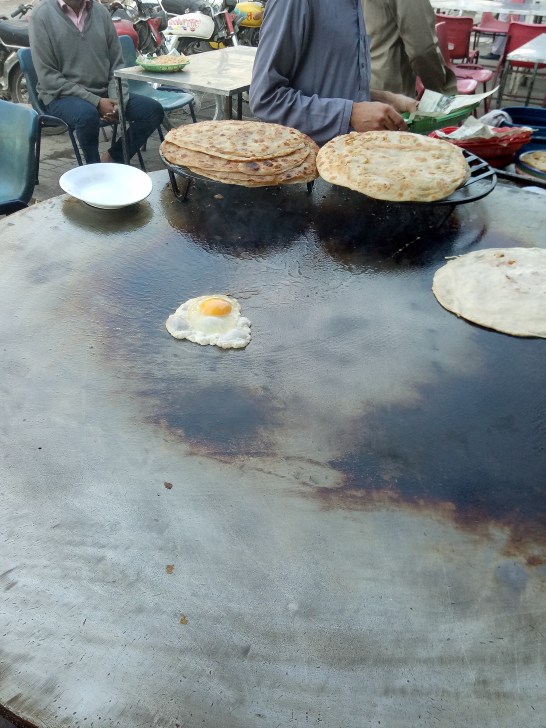