Abdullah Shah Ghazi: The Mazar of the Savior Saint

There is no one clear version of Abdullah Shah Ghazi’s lineage, but according to the historian Suhail Lari, he was a member of the Ahlul Bayt. Born and raised in Medina, he was about fifteen years younger than Imam Jaffer Sadiq. His arrival in Sindh is attributed to his presence in Muhammad Bin Qasim’s fleet, but after settling in found his own Sufi calling. He is said to have been killed by his enemies in a forest, and so his followers decided to bury him atop a sandy hill near the coast. The folklore surrounding him is due to the belief that his shrine is the reason Karachi never gets hit by tropical cyclones, hence he is often referred to as “the savior saint”. And although the history of Abdullah Shah Ghazi is an amalgam of blurry facts and mystical folklore, he is one of the most prominent Sufi Saints.

Growing up, I had heard about the multitudes of people who visit the shrine for the Abdullah Shah Ghazi Urs. I was told that Hindus, Muslims, and Christians flock to his shrine, regardless of caste, creed, and affiliation. When I visited the shrine for myself, I was underwhelmed. The hordes I expected to find were nowhere to be seen; perhaps this lack of visitors was because most of the Mazar is currently under reconstruction. The vicinity has a mosque and a small building that houses Abdullah Shah Ghazi himself and a few of his wazirs. It is a tradition to first go up the steps to visit the saint and then come downstairs and pay homage to his peers. 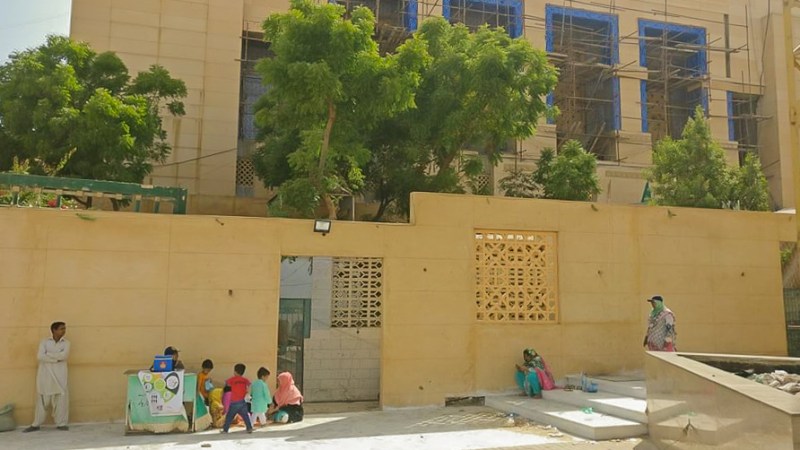 The central courtyard is surrounded by stalls where you can make donations for the langar, and buy souvenirs. The objects on offer include bracelets, jewelry, seashells, flowers, and shawls to place on the shrine. Due to the burning heat of Karachi, it is very uncomfortable to walk around that courtyard without shoes, the marble interior provides much-needed relief. The floor remains cool in the blistering heat and provides shade to the homeless. The availability of donated food is also something that attracts people from rural areas. The shrine provides them some temporary sustenance before they move on to settle into the city. That is also one of the key functions of the shrine; a shelter for the extremely destitute. 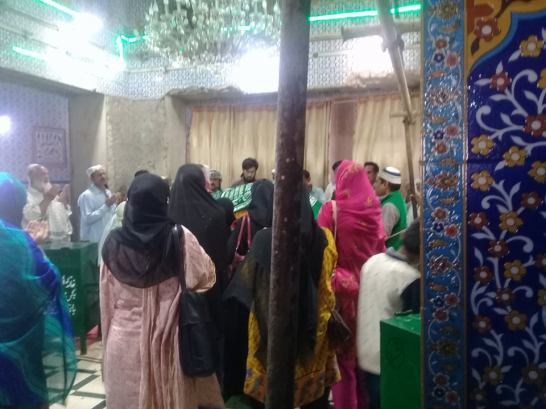 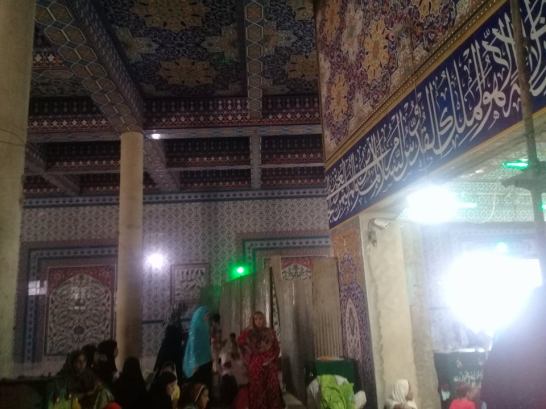 At the main shrine area, there is a space where female vendors stock a special mithai, apparently by consuming it one can fulfill an earnest desire or wish. So I got in line, out of curiosity of course. When I reached the front, a woman was narrating her own positive experience with this magic mithai. Belief in magic and superstition is sometimes the only hope a lot of people have, so I held my tongue. Maybe it is this blind faith that still brings people to the shrine of Abdullah Shah Ghazi. I ate a Gulab Jaman and prayed with very little faith, if things work out for me I will be quite fascinated.